We are excited to announce that 1.618 Digital will be one of the six companies chosen from all over the UK to present our work and projects at Surroundscape next week.

Surroundscape is organised by Digital Catapult in collaboration with the BPI, and aims to showcase the amazing work being done with immersive audio, presented by some of the most innovative companies across the country. The event is scheduled for 17th of July, and you can register your interest to attend using the link below.

To learn more about the projects we goign to be presenting check out link sbelow:

We hope to see you there!

We are excited to share that 1.618 Digital has been featured in an article for the May 2019 issue of TVB Europe Magazine, a publication about news and business insight in the entertainment industry.

The issue containing the article will contain information about the company’s background story, the insights on immersive audio production and the latest projects.

Be sure to check it out!

We are thrilled about presenting our work at the upcoming Audio Engineering Society Conference on Immersive and Interactive Audio.

Oliver Kadel and Professor Justin Paterson co-wrote a paper on the subject of Immersive Audio Post-production for VR & 360º content.

The panel discussion takes place on the 27th of February at 4 PM. You can get your free ticket here: Ticket Registration

Check out what else is taking place at BVE 2019.

We are delighted to announce that 1.618 Digital and the Immersive Audio Podcast have partnered with immerse(d) as sponsors for the event, presented by SUBPAC and it’s non-profit branch Studiofeed.

The music, health and technology convention will be running from 11:00-18:00 on February 23rd 2019 at Ravensbourne University. If you’re planning on coming along be sure to stop by and say hello!

For tickets and more information about the immerse(d) project, including a list of speakers, click here: https://www.projectimmersed.org/london

ASMR – The Feeling Of Sound

Autonomous Sensory Meridian Response, more commonly known as ASMR, is one of the most curious phenomenons to grace the science of sound whilst maintaining a vast audience all across the globe. Through the power of the internet and word of mouth, more and more people are actively looking for videos of people scratching microphones, tapping fingernails and softly whispering into extremely sensitive mics, giving its listeners a sensory response like no other.

Sometimes described as Brain Tingles, Brain Massages and Brain Orgasms, listening to different triggers results in a small euphoric sensation for those that experience ASMR. The epicentre of the tingles and shivers, with the effects travelling down the shoulders and back (and, in some cases, to limbs), gives a sense of relaxation and peacefulness which some researchers believe may have positive effects on health and wellbeing. Not everyone responds to the same triggers, and some don’t have the response at all.

This is theorised to be linked to the perceptions of closeness and elements of care associated with certain sounds and sensations, which we as humans react to in the same way a child reacts to being held close to their mother, her hand running through their hair with comfort. It makes us feel safe and secure, and less troubled by the world around us because we’ve shut it out to focus our attention on these sensory triggers. So for someone looking for a sense of relationship and being cared for, ASMR offers a form of respite from the lack of those feelings, even if only in the short-term. One only has to search ASMR into Google or YouTube to find a plethora of channels and videos made by ASMRtists, freely accessible for the public to use to their heart’s content.

From what is to be considered the very first ASMR video uploaded by WhisperingLife in 2009 to new content being created every week, videos have evolved and changed to become more and more immersive with role-play and effects, yet they still hold true to their initial intended purpose of audible stimulation. The production of these videos can be complex – props, costumes, camera and SFX being elements in some examples – but in its simplest form, they only require the soft satisfying sounds and a binaural microphone to be effective. This acts to split the audio recorded into stereo sound through your headphones – one microphone for each ear that gives the illusion of closeness and proximity as the source of sound moves around you in a 3D space.

Scientifically speaking, there a is very finite amount of research materials on the subject – the term ASMR was only recently coined in 2010 by Jennifer Allen, with the most prolific of research conducted by the ASMR University, run by Dr Craig Richard. But since its rising popularity online, more and more material is being produced in the aid of the scientific exploration of ASMR. Worldwide surveys, academic papers/pieces and books are just some of the examples of media exploring new angles from biological to social influence to the deconstruction and study of each individual aspect that comes together to create the trigger.

To find out more about ASMR with interviews from a variety of experts and creators, listen to our Immersive Audio Podcast episode about ASMR on iTunes and Soundcloud!

We are delighted to announce that 1.618 Digital will be attending the Czech VR Fest 2018 in Prague, Czech Republic. The Czech VR Fest is now in its second year and will be taking place from the 10th until the 12th of May. Oliver Kadel will be giving a presentation on Immersive and Interactive Audio on the 10th of May at 17.30. If you are attending the festival, be sure to drop by and say hello.

Tickets and more information about the Czech VR Fest, including a list of speakers can be found here: https://www.czechvrfest.com

Awards season is upon us and here at 1.618 Digital we’re very excited to announce that two projects we’ve worked on have been nominated at the Raindance Film Festival.

First up, In My Shoes: Intimacy, by Jane Gauntlett and Visualise, has been nominated in the Best Sensual Experience category.

In My Shoes: Intimacy is a 360 experience which explores the power of human connection. Put aside your inhibitions, let these strangers guide you through their impromptu, unconventional & intense moments of intimacy. Intimacy is a first-person documentary designed for two people to experience three encounters from six very different perspectives. To read more about this project please check this case study or see the nomination here. 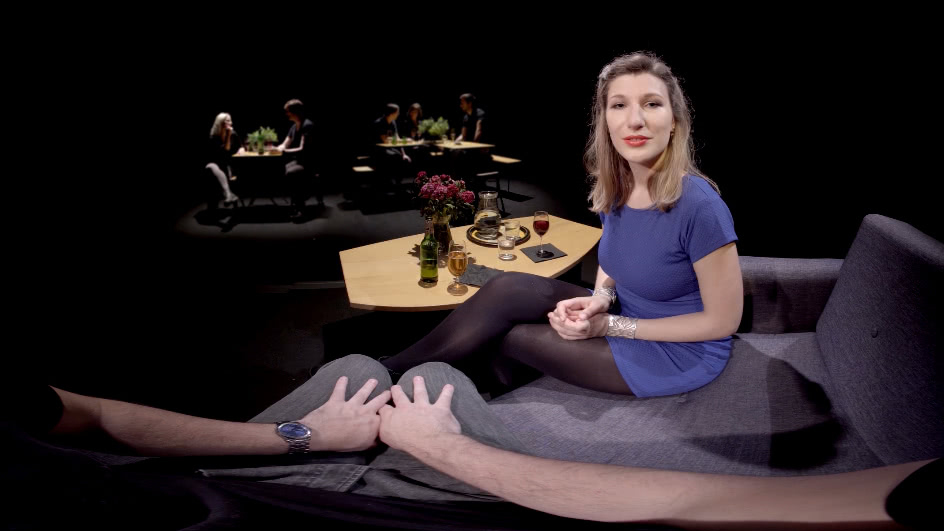 Next, Laphroaig by Darren Emerson and VR City has been nominated in the Best Branded Content category.

This film takes you on a journey into the heart of the historic Laphroaig whiskey distillery on the beautiful island of Islay. See the nomination here. 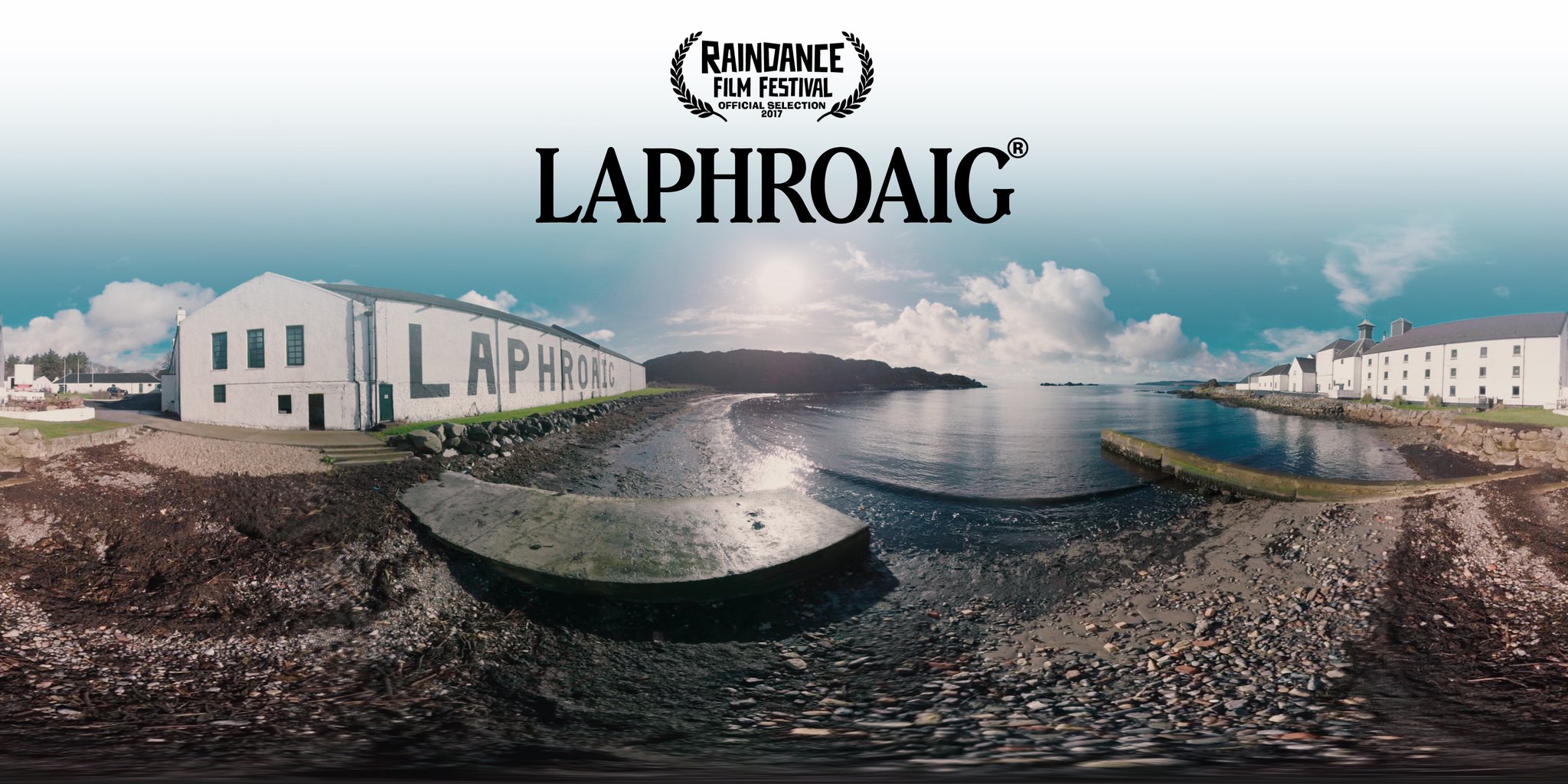 Huge congrats to everyone involved and fingers crossed for the awards announcement later today!

Good luck to all industry friends who also have been nominated.

1.618 Digital to join the Innovation In Music Conference 2017

Innovation In Music (InMusic) is a European music industry conference building on the success of previous conferences in 2013 and 2015. InMusic brings together researchers and professionals interested in the future of the music industry, from the artist through to the consumer.

The 2017 Innovation In Music Conference will be held at the University of Westminster’s Regent Street campus in the heart of Central London on 6-8 September 2017.

What YouTube’s Heatmap Is Really Saying About 360 Video

YouTube recently announced a new analytics tool for 360-degree and virtual reality content creators: heatmaps that illustrate where viewers are actually looking. The new tool allows creators to see exactly what parts of their video are holding a viewer’s attention, and for how long.

YouTube has also released some enlightening early statistics on how – and this is important – viewers currently engage with immersive content.

“Surprisingly” (says YouTube), viewers spend 75% of their time focused on the front 90 degrees of an immersive video. Understandably, this figure has a lot of people questioning the point of VR content if the audience is only willing to engage with a quarter of it.

It’s an easy argument to make, but perhaps what these numbers are really saying is that VR content creators need to learn new ways to grab viewers attention in a 360º world?

Ever since moving pictures became something we watched for entertainment purposes, our eyes have been guided by camera angles to tell us where to look. For over a century that’s what the viewing audience has come to expect.

Virtual reality reminds us very much of the 2D world of film and television, but it’s an entirely different medium with its own set of rules that are still being written. Nothing is set in stone.

And camera angles? Well, those are up to the viewer to choose.

Content creators in the virtual reality space have the difficult task of catching the attention of an audience with over 100 years of collective viewing experience of looking straight ahead.

Does this make virtual reality a fad? A gimmick? No, of course not. It simply means that VR can’t rely on the same tools that have been used for film and television to engage an audience in a fully-immersive format.

Back to YouTube’s statistics: the most popular VR videos had the audience looking behind them almost 20% of the time. Markers and animation are what the company suggests will help draw attention to other parts of the surrounding space. In our day to day lives our attention is constantly guided by signs, so it’s a helpful suggestion. But think about this: what’s the one sure thing that will make you stop whatever you’re looking at and focus your attention elsewhere?

We are programmed to react to sound. In a split second we must figure out where that sound is coming from and what it means. It is as true in the virtual world as it is in the real world, which is why 1.618 Digital is passionate about high-quality spatialised sound.

Spatial audio can be an effective tool to lead or surprise your audience.  By being in the habit of looking in one direction at any given time, the viewer can easily miss out on what is happening behind or beside them. Through the creative implementation of sonic cues within an immersive environment content creators can control or suggest a narrative. Ultimately, this encourages the audience to engage with specific elements – or viewing angles – within the experience.

Virtual reality is an effective form of visual storytelling. What YouTube’s early heatmap data points to isn’t VR’s failure to engage its viewers. It’s the bigger picture of where audience attention currently is, and the gaps content creators need to fill to direct it elsewhere.