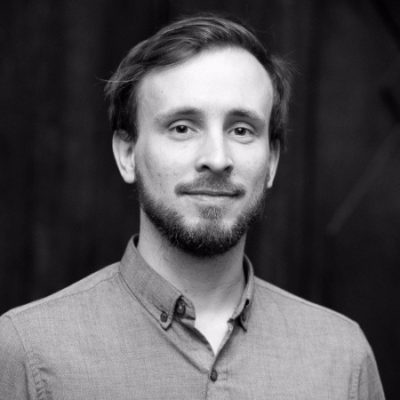 For this episode of the Immersive Audio Podcast, Oliver Kadel is joined in the studio by Christophe Mallet, the Commercial Director for the London-based company Somewhere Else. The company specialises in immersive tech, most notably working with virtual reality to help companies improve their relationships both with audiences through advertising, and with their employees through VR training experiences.

Starting out in strategic business consultancy, Christophe moved on further into digital and social media consultancy as well as working with an experimental music label. Through a friend, he was introduced to the world of VR through an exhibit allowing patrons to enter the scene of Van Gogh’s The Night Cafe. This was the defining moment that prompted him to start up Somewhere Else, which has since gone on to work for the likes of Samsung, Adidas and The Champions League.

Christophe and Oliver touch on a number of subjects surrounding VR, including the Artist’s Perspective and immersive properties of art, the purpose in Creating Immersive Content, immersive Storytelling and the Audience’s Role and the Responsibilities of the Creator.

The Night Cafe: A VR Tribute to Vincent Van Gogh on Steam – https://store.steampowered.com/app/482390/The_Night_Cafe_A_VR_Tribute_to_Vincent_Van_Gogh/

Shower Scene from Pyscho (1960) by Alfred Hitchock on Youtube – https://www.youtube.com/watch?v=atjhOhH-V3E